NHS Resolution’s Practitioner Performance Advice service has developed its team reviews over the last five years. Where concerns relate to how members of a clinical team interact with each other, we can undertake a team review to:

This publication looks at key themes and data from the reviews completed between November 2016 and March 2021. It is intended to share information about team dysfunction and the adverse consequences that can arise from it, as well as our experience of what helps to enact positive change. 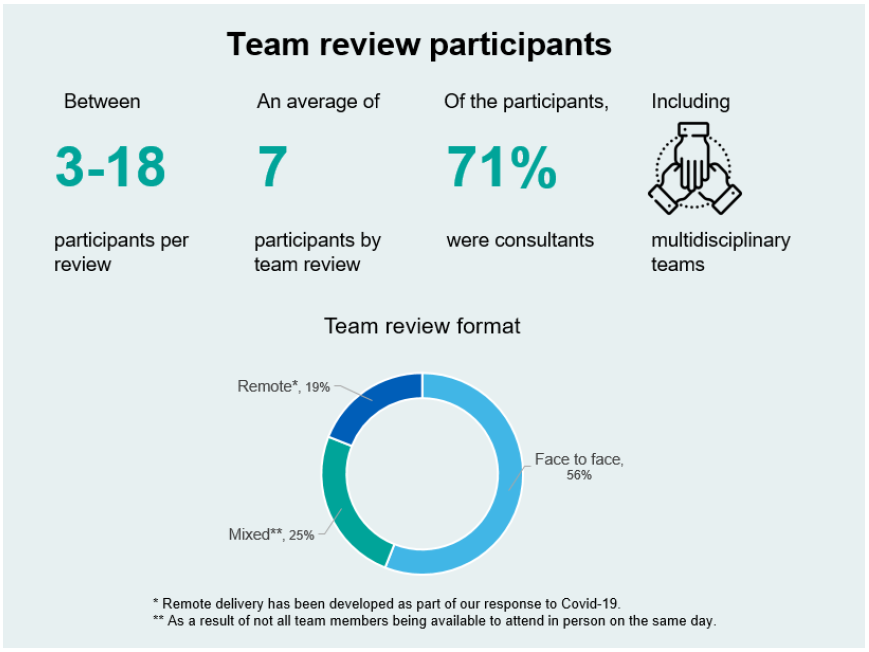 What is a team review?

A team review is intended to support the management of concerns about, or related to, the performance of a team as a result of poor relationships. A team review aims to help an organisation identify barriers to resolving the concerns and to suggest options for improving professional relationships within the team.

The focus of a team review is the behaviour(s) and/or conduct which is adversely impacting on how a team function and conduct themselves. It is distinct from a Royal College Invited Review in that it is not intended to address or pass judgment on clinical performance or technical and/or systemic concerns.

You can find out more about our team reviews service, including watching a short animated presentation and case study, on our website.

Why is team working important?

We recognise the critical importance of personal and environmental factors which can affect behaviour and performance, such as systems and processes as well as fatigue, workload, team relationships and communication – all of which impact on the ability of an individual and team to deliver safe care.

Effective teamwork in clinical teams is key to improving safety. Our own experience of supporting healthcare teams which operate in a range of clinical settings and who find themselves in difficulty, highlights a number of features which commonly lead to team dysfunction:

Key themes and points of interest

We have identified a number of themes and some case-specific points of interest from our completed team reviews. These are divided into: concerns identified; impact; and options for change. However, it should be noted that that these reviews all arose as a result of circumstances which were specific to the teams concerned. 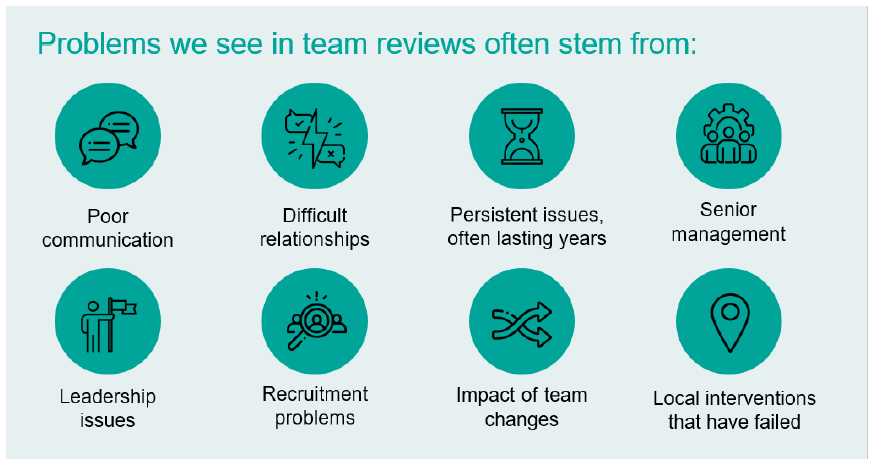 Impact on patient safety and quality of care is a consideration in any discussion of concerns about a team’s performance. In only two of the cases were specific clinical concerns flagged explicitly with us as part of the request for the review. However, the non-clinical concerns described in many of these cases had the potential to increase the risk to patient safety, given the adverse consequences of a dysfunctional team. 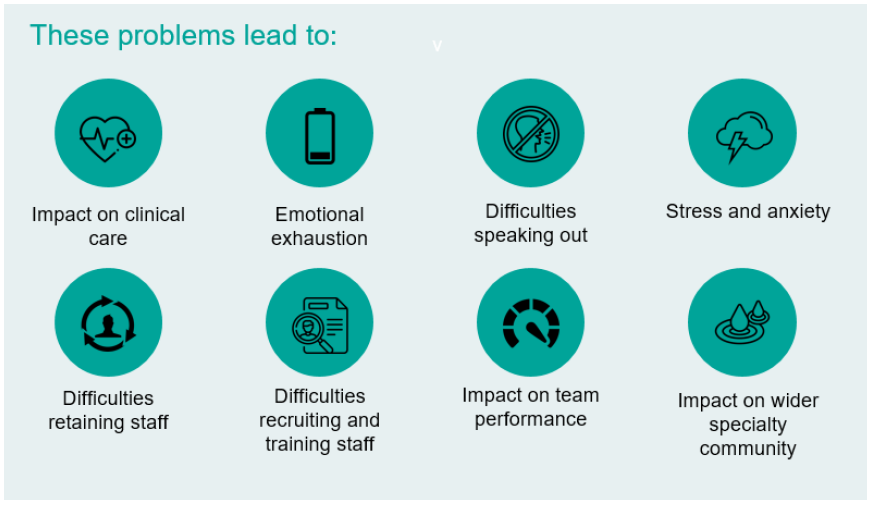 Some examples of specific impacts identified during the reviews are:

Some of the options for change were very specific to the circumstances of the review in question (for example, the commissioning of a clinical audit or reviewing the operational model for ward rounds). However, there are some others that were identified in a number of cases as being for the commissioning organisation to consider. 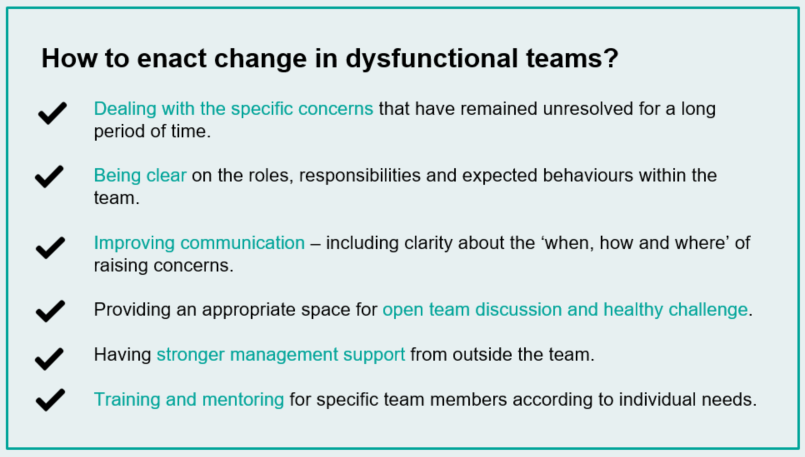 The options presented by Practitioner Performance Advice are aimed firmly at supporting the resolution of the concerns identified, and can be incorporated into a management plan to deal with those specific issues. We can, as needed, support the organisation to implement that plan through, for example, facilitated discussions.
If you would like to speak to us about concerns related to team dysfunction or problems with team working, please contact the Practitioner Performance Advice service by phone at 020 7811 2600 or by email at advice@resolution.nhs.uk.